Alice Nash (University of Massachusetts Amherst) earned her Ph.D. in History from Columbia University (1997). She has published numerous articles on northeastern Native American history including three in French translation in the leading Quebec journal Recherches amérindiennes au Québec. With Christoph Strobel, she co-authored Daily Life of Native Americans from Post-Columbian through Nineteenth Century America (Greenwood, 2006). She is a co-editor with Olaf Kaltmeier, Josef Raab, Michael Stewart Foley, Stefan Rinke and Mario Rufer of The Routledge Handbook on the History and Society of the Americas: Inter-American Perspectives, to be published in 2018. She has been director or co-director of three Summer Institutes for Teachers funded by NEH (2013, 2015, 2017). 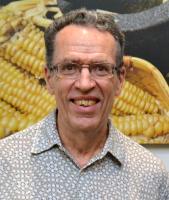 Director Neal Salisbury (2013) is the Barbara Richmond 1940 Professor Emeritus in the Social Sciences at Smith College. He specializes in colonial-revolutionary North American history and Native American history. His scholarly interests center on indigenous Americans, particularly in the Northeast between 1500 and 1800. Salisbury's publications include Manitou and Providence: Indians, Europeans, and the Making of New England, 1500-1643 (Oxford, 1982); an edition of Mary Rowlandson: The Sovereignty and Goodness of God (Bedford/St. Martin’s, 1997; originally published in 1682) with related documents; two volumes of essays, A Companion to American Indian History, edited with Philip J. Deloria (Blackwell, 2002), and Reinterpreting New England Indians and the Colonial Experience, edited with Colin G. Calloway (Colonial Society of Massachusetts, 2003). He is the co-author of two textbooks: The Enduring Vision: A History of the American People, Volume 1: To 1877 (Wadsworth Cengage, 8th ed., 2013), and The People: A History of Native America (Wadsworth Cengage, 2007). Over the past quarter century, Salisbury has participated in several dozen workshops and Institutes for K-12 teachers, four of which were funded by NEH. He has served as Project Director for three Summer Institutes including The American Revolution and American Peoples: A Comparative Inquiry, funded by NEH in 2001-2002.